A new quiz that pits two guests against each other in a battle of movie trivia.

A comedy short with bite! EMO (as we like to call it) is heading to the festival circuit. Co-written by Tony Sands and Damon Rickard, who also directs. Check the trailer here:

Echoes of The Passed

An award winning short, atmospheric paranormal horror story set in a house with dark secrets. Now available to watch for free on YouTube:

Echoes of The Passed

The Bench on Amazon Prime

The Tony Sands scripted drama ‘The Bench‘ is now on Amazon Prime having finished its festival run. It has love, smiles and a positive outlook. Isn’t that what we all need now?

New titles. New home. New channel…..Hanging With is back!!

LHS TV launched with a brand new episode Hanging With James Wren so, if you have a moment, why not give it a look? James is a fun and interesting guy!

You can watch the interview here: 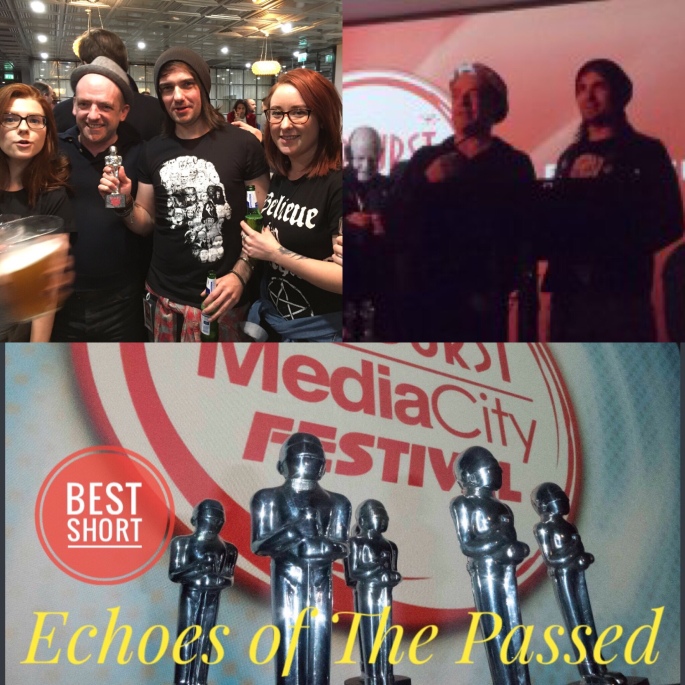 A fantastic weekend at Starburst Media City Film Fest was made even more special when ‘Echoes of The Passed’ was named ‘Best Short’. A great magazine, a brilliant festival and a massive honour!

Well done all involved in the film!!!

Join the team as they chat about a year in horror!

You can now buy ‘Echoes of The Passed’ merchandise:

Echoes of The Passed merchandise